I was hit in the face with a telephone by one of my dementia patients today.  The patient was lying on her side facing away from me.  As I was trying to straighten out her covers, she swung her arm behind her with a phone in her hand and hit me right above my nose.  Fortunately my glasses caught some of the blow or my nose might have been broken.  Earlier that day she had thrown the phone at me and hit me in the back.

Sometimes work just stinks.  Hopefully tomorrow is better.
on 11 May
Email ThisBlogThis!Share to TwitterShare to FacebookShare to Pinterest

Most travel nurse agencies offer a housing stipend to pay for your housing while on assignment.  The stipend usually works one of two ways.  The first way is when the agency finds housing for you, contacts the landlord and sets up the terms of the housing rental directly with the landlord.  The second is when the agency pays you directly a set amount for housing and you find your own housing.  I was talking to two travel nurses the other day who both live in the same housing complex.  One of the nurses had taken the paid stipend ($2,200/month) and the other had requested the agency to find housing for her.  As it turns out the housing only cost the agency $1,400 per month.

An interesting conversation ensued when both nurses realized that taking the stipend meant an additional $800.00 in non-taxed funds to the nurse who found her own housing.  It has been my experience that unless your assignment is in So. Cal or New York taking the stipend is always the way to go.  Just thought I'd mention it to my prospective readers who are thinking about travel nursing.
on 13 April
Email ThisBlogThis!Share to TwitterShare to FacebookShare to Pinterest

I recently met a fellow travel nurse who made $4,000.00 for one 14 hour shift.  I was astonished and in disbelief when she told me that.  I asked her how she did it and she recounted the following:

Several years ago a large Los Angeles hospital had a one day nursing shortage.  It appears the hospital had decided to require its nursing staff to pay an additional $5.00 per nurse towards their healthcare expenses and the nurses weren't going to put up with it.  When the hospital and nurses couldn't reach common ground on the issue the nurses decided to strike.  Not willing to concede to the demands of the nursing staff, the hospital decided to bring in travel nurses to fill the temporary vacancies.  My friend was a travel nurse in south Florida at the time when she received a phone call from her travel nurse agency.  Her agent told her that if she were willing to catch an all expense paid first class flight to L.A., stay in a 5 star hotel and work a 14 hour shift she could make $4,000.00 for the shift.  In stunned disbelief, she replied "Where do I sign up?"

I guess the liability related to having an inadequately staffed hospital was more than what the hospital had to spend on bringing in traveling nurses.  I am not sure how the strike was resolved, but I can imagine that paying $4000.00 per shift for every travel nurse they had to bring in was motivation for the hospital to resolve its issues with the nurses.  My friend was only required to stay in L.A. for one day and night.
on 10 April
Email ThisBlogThis!Share to TwitterShare to FacebookShare to Pinterest

I recently ran across a post at RN Central about a distressed nurse in Arizona, Amanda Trujillo.  According to the article, Amanda was essentially fired for trying to make sure her patient was aware of all the risks associated with a surgery recommended by the doctor. Amanda apparently reached out to several nursing associations she belonged to for help, but was told to find someone who could assist her in her professional practice.  The author of the article chides "That’s what I thought she did when Trujillo kept contacting them."

In 17 years of nursing, I have seen (and been in) a number of similar conflicts with doctors' recommendations.  I would hope my local nursing association would support me if I had not done anything unethical or otherwise outside nursing guidelines.  I hope everything turns out alright for Amanda.
on 19 March
Email ThisBlogThis!Share to TwitterShare to FacebookShare to Pinterest 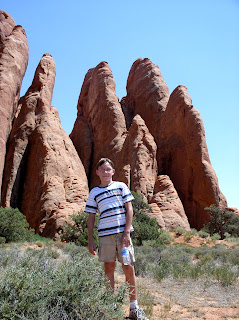 After months of trying to decide which travel nursing assignment I would take, we have decided a trip to the Rocky Mountains is in order.  I am currently negotiating with a travel nursing agency to move my family to Park City, Utah for the summer.  I know most people go to Utah for the skiing, but we just like the weather and the hiking out there during the summer.

The Rockies won out over the Appalachians, Northern California, New York and even Hawaii.  We have family members in Utah which influenced all of the kids' votes.  If it were just me voting we would be heading to Hawaii.  More to come as our move draws nigh.

Also, my oldest son is a freshman in high school and is a cross country runner.  His fastest 5k is 17:01 for those of you who know what that means.  We have been told that training in a higher altitude is good for runners, so my son is really excited.  We'll see.

The following pictures were taken at the Footlocker South Regional Cross-Country Meet in Charlotte, North Carolina. 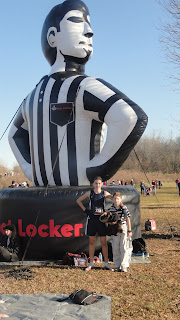 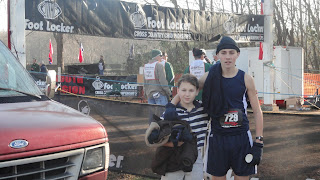 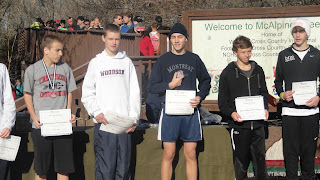